Help Water Conservation in Dubai and the UAE

There are many causes that are close to our heart but for the time being we will focus on the one major local and worldwide issue that we can actively contribute towards – water conservation in the UAE. 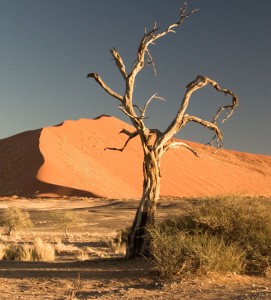 72 percent of water used in the UAE comes from groundwater, 21 percent comes from desalination, while seven percent is retreated water. There are almost no surface water resources in the UAE. On top of this scary statistic the UNDP’s Arab Human Development Report from 2010 predicts that temperatures will increase by between 1.6 – 2.9°C by 2050, and by 2.3 – 5.9°C by 2100.

The UAE’s rapid growth and urbanisation have triggered an unprecedented demand for water. The luxury lifestyle and lack of conservation measures amongst residents has resulted in high levels of water usage and waste. It has been reported that in the UAE, per capita water usage is 550 litres per person per day, compared to a global average of 250 litres per person each day. This is expected to grow to 750 cubic litres in the next 10 years. On top of the changing demographic the UAE climate is characterised by high temperatures, humidity and low precipitation levels which means water sources are never replenished.

It is estimated that by 2050, per capita water availability in the MENA region will fall by half, with serious consequences for the region’s already stressed aquifers and natural hydrological systems (World Bank 2007).

Peter Rogers, a professor of environmental engineering at Harvard University said “The UAE and the region are at an extreme risk of water security because the high standard of living and the serious lack of water resources has resulted in consumption that far exceeds the supply”.

You can view an article that the National Newspaper published about the benefits of using Easigrass artificial grass and water conservation here.

The response So Far

The United Arab Emirates has been long aware of its water problem, and has so far responded to its rapidly growing water needs and dwindling reserves with a policy of increased reliance on desalination.

One way of curbing demand for water is through increased fees for water usage. Other than increasing the water fees there is little the government can do apart from educate the population as to how they can help. 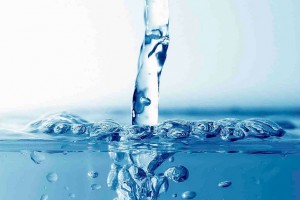 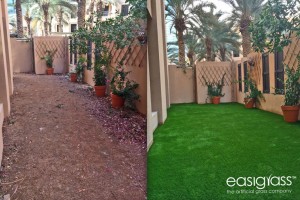 How Can Easigrass Help?

By installing artificial turf throughout the UAE we will be helping to reduce the average consumption per head but we can also do a lot more to help educate people. We are working on an initiative at the moment to raise awareness of the problems caused by irresponsible habits relating to water, leaving taps, washing cars too often etc. Please keep an eye out for our campaign. Water’s for drinking not for Sprinkling.