Why did the customer choose to have artificial grass installed in their garden?

Easigrass were contacted by a client living in The Arabian Ranches, Dubai They were having problems growing natural grass in the garden due the shade created by the surrounding trees. The client was in the process or re-designing the garden and rightly assumed that this would be a good chance to address the issues with the lawn and see if there was a better alternative to natural grass that would give them use of the whole garden rather than just the areas where the grass was growing. We went to meet the client in their Villa  in The Arabian Ranches to see if artificial grass would be a possible solution. The client explained that they had tried to deal with the issue by re-seeding and watering the grass but whatever they tried didn’t work. 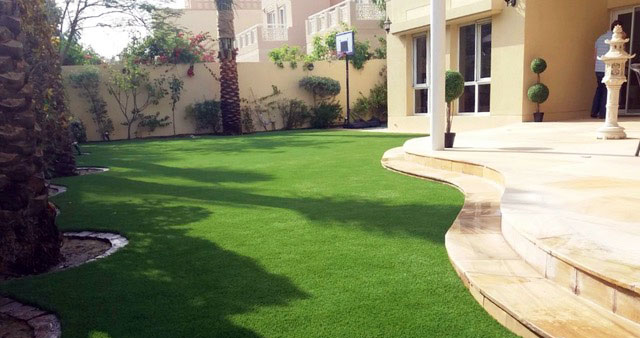 Upon arriving we could see where the shade from the trees was preventing the natural grass from growing. There were muddy patches where the grass had stopped growing. The rest of the villa was in beautiful condition but these brown muddy areas were clearly an issue. Having discussed the problem in more detail it was clear that the only solution was an alternative to natural grass.

This is a common problem for the Easigrass team and we see it almost everyday. The client was quite right to call us in to have a look at the garden as artificial grass is definitely a great solution to his problem. Shade does not affect artificial grass as it does not grow like natural grass and does not need sunshine therefore no matter how much shade there is the grass will always remain green. 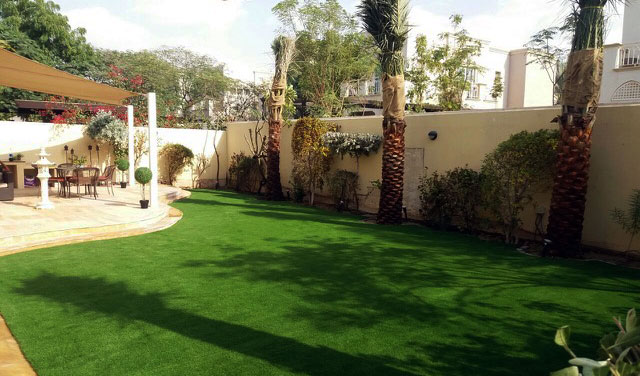 The client selected our most popular product with is the 35mm Easi-Mayfair. Th Easi-Mayfair looks extremely natural and feels great to walk on and sit on and now there are no issues with shade in the garden. The client can grow as many trees and plants as they like and the grass will be lovely and green all year around.